JONATHAN ALPEYRIE
MY- STORY
Born in Paris in 1979,

Jonathan Alpeyrie moved to the United States in 1993. He graduated from the Lycée Français de New York in 1998 and went on to study medieval history at the University of Chicago, from which he graduated in 2003. Alpeyrie started his career shooting for local Chicago newspapers during his undergraduate years.

20
2001
my first trip as an international photojournalist

I spent a month driving across the country to create my first photo essay like a professional. The essay focused on the remnant of the Communist era heavy industry. My driver at the time took me to all the major industrial sites, visiting abandoned factories and taking photographs of what once was. The decaying infrastructure was a fascinating reminder of a collapsed system barely 10 years prior.

After graduating from the University of Chicago in the spring of 2003, I was sent off to start my first dangerous photo essay which I hoped at the time would help me further to launch my career as a photojournalist. I spent over a month covering gang activity in the Congolese capital of Kinshasa. With the photo essay completed, I returned home and was quickly picked up by Getty images for the reportage section after it was noticed by some editors at the NYC office. 2004, was a watermark year for me as I started covering wars that very same year, from West Africa to the Caucasus, all for Getty Images.

With almost a decade of experience behind me and half a dozen wars under my belt, I decided to go on my own and leave the agency business partially behind. Dealing directly with my own clients while still working for various photo agencies, I started covering wars in the Middle East and Central Asia, furthering my resume as a war photographer. A year later, the Arab Spring launched a new phase in my career. 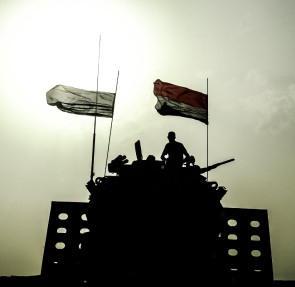 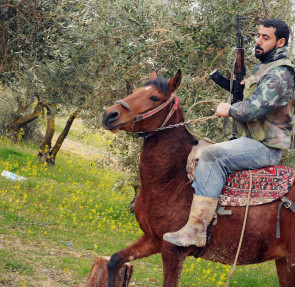 With the various conflicts erupting all around the Middle East, Syria started to attract war reporters from all over the world interested in covering this new hot conflict. After two trips to the war-torn country in 2012, I decided to return in 2013. It happened after I was kidnapped for three months by Islamic rebels.

By 2014, right after my release from Syria, I embarked on another voyage, this time into Slavic land to start covering the new hot war: Ukraine. After almost 14 months of coverage, I was injured during a gun battle in Mariupol. 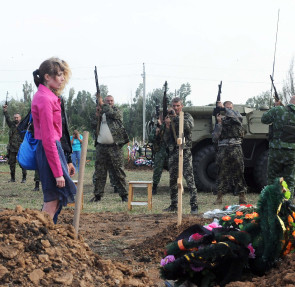 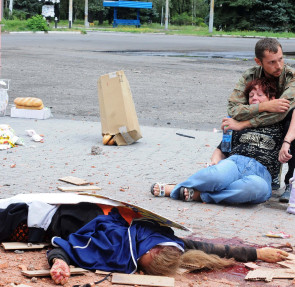 2016
Started working for Vanity and other large international clients.

That year my career took another turn as I almost permanently stopped working for agencies and focused on some of my big clients like Vanity Fair, CNN, and others, which, interestingly was a reminiscence of the earlier part of my career when I was solely doing photo essays and almost no news. I focused on personal projects which took me closer to a region a new from my previous travels like Mexico and Central America while keeping an eye on South America.

After a hiatus from covering wars, I went to Iraq to cover the battle of Mosul in 2017, and took another break from war in 2018, except for some time spent on the front lines in Ukraine, I decided to focus on the drug wars in South America, and more specifically in Brazil. Covid19 cut short my project and focused on the pandemic with an exception: the war in Armenia at the end of 2020.

2022
to today
Came back to Ukraine after the Russian invasion.

The War in Ukraine since 2014 never ended but rather was in a state of hiatus with more upsurge of fighting once in a while. February 2022, with the Russian invasion of its neighbor, has had everyone surprised by the scale of its aggression. When the fighting erupted I was in Mexico shooting a story on the drug war, as soon as my assignment ended I departed for the front in Central Ukraine. I spent a month covering the war between the two Slavic nations. Once more, I was drawn back into a conflict.

Alpeyrie has worked as a freelancer for various publications and websites, such as the Sunday Times, Le Figaro Magazine, ELLE, American Photo, GLAMOUR, Aftenposten, Le Monde, & bbc among others. Jonathan Alpeyrie’s career spans over a decade, and has brought him to over 36 countries, covered 14 conflict zones assignments, in the Middle East and North Africa, the South Caucasus, Europe, North America and Central Asia. A future photography book about wwii. Veterans with verve editions are in the works.